The History of Trade Mark 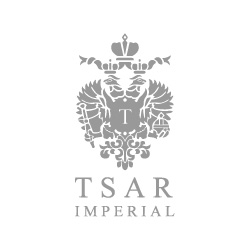 The history of the brand began in the early 20th century. Tsar Nicholas II, as well as his father and grandfather, living surrounded by his large family and numerous entourages in the heyday of art and architecture and being seriously fascinated by design, began to be absorbed in the work on the creation of objet d’art. After the acquaintance with Carl Fabergé, Nicholas II began to order the Easter eggs, the future gifts to his wife and mother at Easter, having discussed the idea and design of each egg with the jeweler in detail. While finishing the construction of the Trans - Siberian railway, he wished to create the egg reflecting that public event and edited the sketches together with the designer. The most important thing was to find the hands of the skillful master, the best manufactory, which could enthusiastically and high qualitatively fulfill the order. The French, Italian and German manufactories fought for the right to be suppliers of the Imperial Court. The Tsar's entourage, requiring beautiful objects for their ambience as well, did not want to lag behind the head of the empire.

The desire to present gifts, the everyday necessity of any wealthy Russian family, reflecting the generous Russian soul, grew into an important tradition for the higher society. While surrounded by many domestic and foreign suppliers, Tsar Nicholas II initiated the creation of gifts for business partners, foreign guests, relatives and friends. Cutlery, stone figurines and interior objects were designed considering the taste and offers of jewelers and manufacturers, but with the invariable Russian or rather Petersburg magnificence.

The tradition to find contemporary designers and manufacturers of a particular object is still typical of the brand today. The idea to ​​present the beauty of the best styles of Petersburg and Moscow from the early 20th century - Russian Empire style, Art Deco and Art Nouveau, Constructivism with a modern interpretation - has still no time limits at present.

Over the years, sourcing of the manufacturers has become more difficult. Hand work has been massively replaced by the machinery and manual labor becomes more expensive faster than precious metal price at the world market. To express the beauty of classical objects in modern production is becoming more and more challenging. Hand molds for the production of cutlery, exported to Sweden after the revolution, are getting older and cannot endure a manifold reproduction of the product. Enameling specialists, bronze masters are becoming single artists who are in great demand by companies of the luxury class.

The more large companies are changing to the mass production, the more expensive the objects are becoming made by the most skillful hands of the world masters and artists. The quality of silverware, visible unique handling of details whether engraving or bronze, remains an unchanging attribute of luxury. Today these objects are becoming the true luxury that can only be found in refined homes, the things which are made ​​in a limited edition.

The legendary founders of fashion houses that have left a rich artistic heritage, drawings and sketches, ideas and alternatives of their implementation have created an outstanding foundation of classical drawings, giving modern designers themes for the inspiration and creation of modern collections inspired by the precisely classic images, continuing the life of the house.

A modern interpretation of the classics is the endless topic for creative artists such as Philippe Starck and Arik Levy. Timeless designs created with eclectic elements, twisted classic items, reflecting the history and embodying the best periods of art development, ​​following the old tradition and technology, are fashionable and current trend today more than ever. Sketches of products made ​​for the Tsar Imperial Court , found in various European studios and private collections , represent the true value of the brand and allow the trade mark TSAR create unique things that are in demand by the high society of different countries today.

We use cookies on our website. Some of them are essential for the operation of the site, while others help us to improve this site and the user experience (tracking cookies). You can decide for yourself whether you want to allow cookies or not. Please note that if you reject them, you may not be able to use all the functionalities of the site.